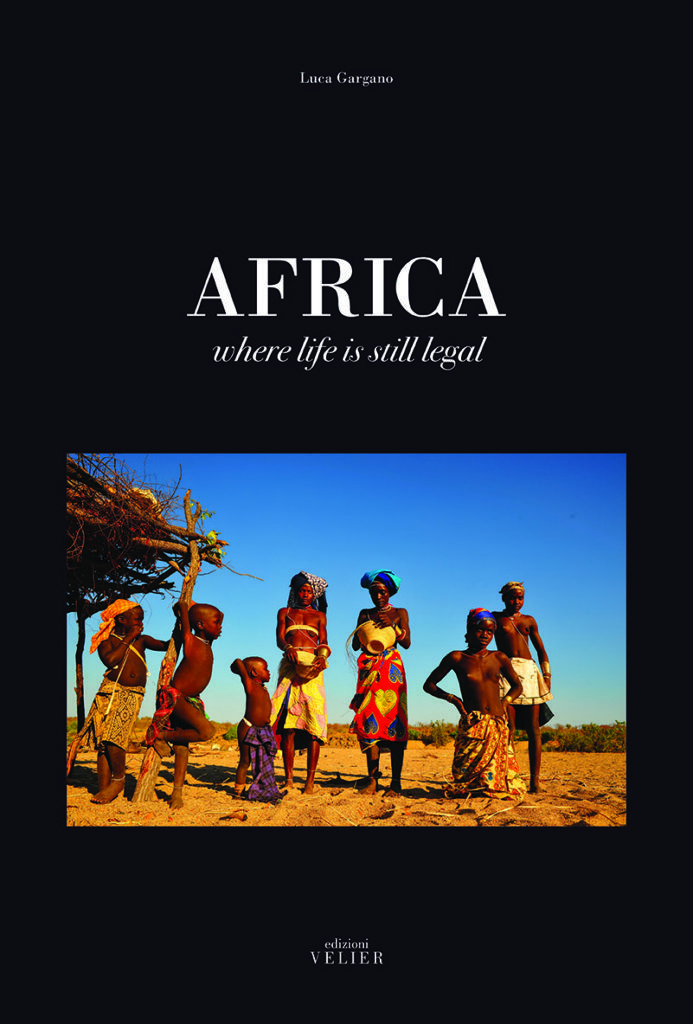 Much more than just a collection of photographs, this book is a journey through an endlessly fascinating continent, but also one which leads us to examine and compare that continent with our strange, Western idea of civilisation.
The book is a collection of over a thousand photographs taken by Luca Gargano during the decade he spent travelling Africa, and chosen from his vast personal archive in such a way as to form a story, or even better, an itinerary that leads us on a voyage of discovery of human life away from tarmacked roads, in close contact with the land, animals, work and the cycles of nature. Life, in other words, but a life that in our world would be considered illegal, as Luca Gargano says, given that we have decided to renounce it to follow hygienic and behavioural standards that have very little to do with an authentic, instinctive life.
So in this collection you will also find a world that we are on the verge of losing, and which instead, is worth recording and preserving.
This world is found in a territory that is in some ways a cross-section of all the countries of the African continent – the ideal region of villages, made up of dirt roads and unspoilt environments, that exist in the various African countries, wherever communities live far from cement and asphalt.
In these photos you will see it with your own eyes – life in Africa pulsates in original ways. Then, by contrast, it shows us how much Western systems that manage our basic food, work and health needs can be misguided.
In this way, the Africa photographed by Luca Gargano becomes a model to which it would be time for our so-called Western world to return, in order to rediscover the roots of life itself, going in search of them there, where life is still legal.

Luca Gargano
was born and lives in Genoa, where he heads Velier (www.velier,it), Italy’s biggest independent importer of wines and spirits.
One of the world’s leading connoisseurs when it comes to spirits, he was voted “Mejor expert del ron” by the producers themselves in 2014, and “Rum Influencer of the Year” at the 2016 Golden Rum Barrel Awards in London. In 2014, French publishing house Flammarion published his book “Atlas du Rhum”, which won him the Gran Prix du Livre Spirit in Paris that same year, and which experts consider to be nothing less than a “Rum Bible”.
The mind behind the “Triple A” movement, ground-breaking businessman, explorer of innovative ideas and much more, he has travelled widely, as well as in Africa, where he collected original images that show him to be an exceptional photographer.